She’ll willingly travel the highway to hell to bring back the man she loves.

Gia Adler had it all—a charmed life and her true love to share it with. But moments after she murmurs, “I do,” her ex-boyfriend delivers a lead wedding present into her new husband’s chest. With her husband in a drug induced coma, Gia doesn’t think things could get any worse, but Cupid is always up for a challenge.

Out for revenge, Gia’s psychotic ex-boyfriend abducts her, transporting her to an underground world of destruction, drugs, and death. A world where her only ally is the ghost of her husband who guides her through the Underworld. Gia must fight for her happily-ever-after – and her true love – by facing down her ex and the demons of her past.

This was a fast paced and highly suspenseful book to read. It starts out with a wedding then the groom is shot. Gia and Christopher, we learn, have been together since being children although their paths went astray. But now they are together till a bullet brings their joyful day to a disastrous close. The reader is introduced to the mother in law from hell, Gia's rowdy and crazy family and Christopher's son with another woman. Add to this Gia's ex boyfriend who once again kidnaps her and leads her straight to hell where she has to fight her way out. But she does have help in the form of her husband's "ghost". This is a great read full of suspense and the fight for love.

Love is worth a walk through hell

Gia Alder is finally walking down the aisle and marrying her true love, the boy she fell in love with as a kid, has become the man that will be her husband! Christopher Anastas has been her strength and her protector in Gia's darkest times. Has sworn to protect her at all costs and vowed that nobody would ever hurt her again! However, before they are able to take their first picture together as man and wife an evil like no other takes Christopher from her. As he lays in a coma just hours after saying I do, she is lost and alone. Before she even to get her barings, evil comes and kidnaps her yet again and drags her into the depths of hell. Gia's voice is the only thing that can save her and Christopher! But in order to get back and save the love her life she will have to endure not only the pain of hell but a lot of untruths that may destroy her before she can even get out of the depths of hell!

Soulmates fight for their HEA

Gia & Christopher have a beautiful wedding, then things get nuts during the photography...a shot rings out, and happiness shatters. Things get dark in a hurry. Twisted jealousy and pent up rage separate the newlyweds, as Gia is kidnapped and taken to hell, an earthly hell of sad defeated souls, junkies, violence, and bitterness. All would be lost, but she has a guardian angel, in the form of her new husband, Chris...or at least his ephemeral glowing presence(his body in a coma at the hospital). He stays with her in the underground hell, guiding and protecting. Chris & Gia will have to walk through fire, lies, and secrets revealed to reach their HEA. Dark PNR at it's best. Read it in one go, could not put it down. 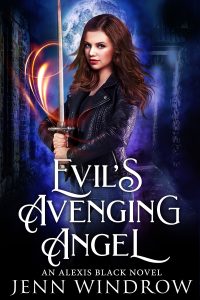