You entered a contest that everyone thought you would final in. Not just any contest. THE contest! One of the biggest in the industry. The story you submitted had either won or top five’d in every single contest you entered it in that year. Great comments and feedback from every judge. You were so positive it was a winner. At the very least a finalist.

Then the day came for the announcements. The BIG call that proved you made it. That you were good enough.

But that call never came.

It was like a gut punch to the chest from a prize fighter.

But the pain wasn’t physical. It ripped you apart emotionally. Shredded your self-confidence. Made you question your passion. Even contemplate giving up on writing as a career.

You literally laid on the couch and cried. Ugly sobs full of tears and snot and self-doubt. Self-doubt that had found a raw opening, wiggled in, and taken root. Festered. Grew.

Then three days later you got your first offer of publication for that very same story. And a couple days after that a second. Then a third. A fourth. And finally…a fifth.

You were so confident no one wanted your words or world. That losing that contest was the end of everything. But honestly if you had won that contest you would have never accepted any of the offers. You would have waited for the BIG offer. An offer that might never have come.

But that wasn’t your path.

Since that contest you’ve published six books. Two under your own publishing house. You’ve grown to be a developmental editor, not just taking on your own clients, but working for a small press. You’ve started teaching other writers. Even figured out how to create your own audiobooks, working with a fantastic narrator. And you’ve learned to run a business, market you own books, and navigate the world of online ads. You’ve taken chances, put yourself out there, and grown more than you could ever have imagined.

So Dear Future Author, remember don’t ever let a contest or review or someone else’s negative opinion make you doubt your talent. Your ability to tell a tale. Your ability to reach for the moon, the stars, or the whole damn galaxy.

Make you forget the absolute joy that writing brings to you.

And even though there are still some days that suck, always remember that you’ve walked through the storm, and when you came out on the other side, there was a rainbow waiting to embrace you. 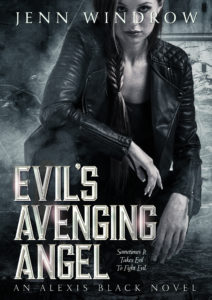